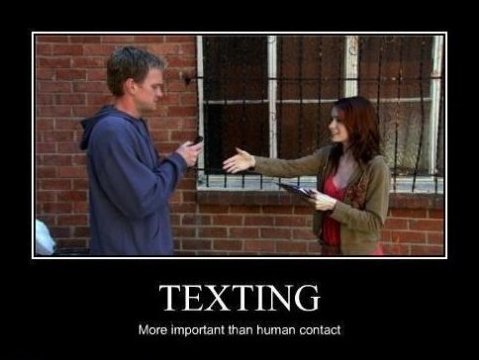 This is the final blog post created by students in Dr. Carter’s Fall 2018 Social Psychology course. It was written by Jackie Hernandez, Shannon Snyder, Autumn Kempf, and Saul Pineda-Torres.

Have you ever been in this situation? Out to dinner but still trying to keep up with all your friends? Have you ever stopped to think your phone is getting in the way of hanging out with people “irl” (that’s “in real life” for those who aren’t up to date with the texting lingo)?  Ryan J. Dwyer, Kostadin Kushlev, and Elizabeth W. Dunn set out to examine how the ubiquitous smartphone impacts social encounters [in their study]. Does phone usage reduce or add to the enjoyment of your interactions?

There have been plenty of studies showing the negative impact of phone use in situations like driving and learning, but until now, no studies have actually manipulated smartphone usage in social interactions. Past studies have proven that smartphones cause people to be distracted which, theoretically, could mean the use of smartphones decreases enjoyability in social experiences.

The experimenters invited groups of 3 to 5 friends or family members to a local restaurant to participate in a study about “dining out experiences.” The groups were then randomly assigned to be either “phone” or “phoneless” groups. They were implicitly manipulated by being asked, after placing their order, to either answer a text survey (phone group) or a paper survey (phoneless group). The participants in phoneless groups were asked to put their phones on silent in a container on the table. Both groups obviously had the option to use their phone since no one was told they couldn’t. The significant difference was that the participants in the phone groups were explicitly asked to use their phone early on to respond to the survey.

The results indicated that participants under the phone condition were more distracted and in response reported lower interest and enjoyment levels, and higher levels of boredom. Since whether phone use led to distractions or distractions led to phone use cannot be proven through the first study, the researchers set up Study 2. Study 2 was an extensive survey asking people about situations other than just eating out with friends or family, which allowed more general conclusions to be drawn. People reported that using phones overall cause distractions which lead to less interest in their daily interactions.

The irony of this research is that we think our phones keep us linked to the world, when actually phone usage undermines the social connectedness we feel when spending time with other people. The experiment was relatively small and further research should be done, but it does seem to indicate that this amazing piece of technology lessens the enjoyment we get out of spending time with friends and family. The researchers did fail to examine whether the personality or mood of the participants could have played a role in the results. In the future, researchers should ask the participants before the meal if they are looking forward to it. If they are not, they are likely to be more bored and could possibly resort to their phones to fill in the entertainment gap.

To summarize the relevance of this experiment, enjoy your life! Put your phones away and soak up the face-to-face conversations with those you love. Because we are so used to communicating through technology, we have to distinguish when we are doing something “irl”. Social media can wait; work can wait. Put away the technology and engage in the world around you. You’ll enjoy it more—trust us, the research says so!