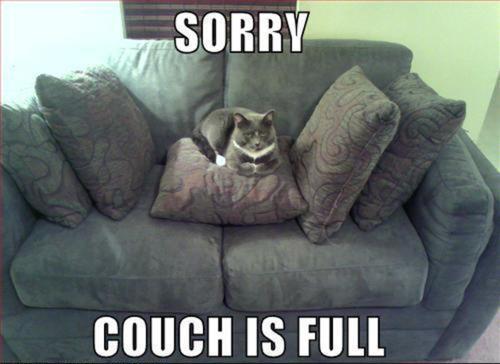 As part of Dr. Carter’s Fall 2018 Social Psychology class, students worked in groups to analyze a study related to their coursework. They then wrote a blog post demonstrating their ability to summarize and analyze the study, describing any possible improvements that could be made along with ideas for future studies.

Five of these posts were randomly selected to be posted to the Psychology Department’s official blog. This blog post, titled The False Paradox of Selflessness was written by Lynsey Wyatt (’21), Emily Deeds (’20), and Ciprianna Azar (’19) and is the first of the five to be posted.

If acting altruistically makes us happier, isn’t it a selfish act?

Day to day, we observe acts that we may consider altruistic. Whether it be a small gesture of kindness or a heroic act of self-sacrifice, simply observing these behaviors influences our opinion of the actor. This leads us to question: how do we begin to judge someone’s true moral character? Prosociality refers to any behavior that intentionally benefits another, while altruism refers to more “selfless” actions. In contrast, egoistic forms of prosocial behavior tend to be motivated by attaining some benefit such as social or capital gain. A group of researchers sought to understand what truly makes us believe an act is altruistic. Carlson and Zaki (2018) conducted two studies examining the benefits of prosocial acts and the differences in perceptions of altruism by motive or consequence of benefit.

In both studies, participants were randomly assigned to one of three conditions and tasked with reading through eight different scenarios and answering an online survey. In the control condition, the scenario only described a prosocial action such as “Jane gave blood at a local clinic”. In the other two experimental conditions, they were given more information about how Jane felt after giving blood, how much money she was given for donating, how many followers she gained on Instagram from her blood drive selfie or how she helped someone in need of blood. These scenarios highlighted four potential benefits including material, social, emotional, or other-oriented benefits. Participants were randomly assigned to read the actions as motivating or consequence. After reading the scenarios, the participants’ judgements were examined using multiple items: how altruistic they thought the prosocial agent was, how altruistic they thought the agent’s action was, and how altruistic they thought the agent’s motive for their action was.

They first found that for participants who were shown that others performed the behavior and received benefits as a consequence or result, they believed that behaviors that resulted in material benefits or social benefits were of a less altruistic nature. We then infer that the person was motivated in the first place to engage in the act because they wanted a benefit such as monetary (material) or wanted praise (social). These same participants saw emotional benefits, such as feeling good about oneself, and other-oriented or directed towards others, as altruistic. This means that a sense of doing a good deed does not take away from the selfless act that was done.

In the control group to which the participants had no information on the motive or consequential benefit to the actor, they rated the actor as altruistic no matter the benefit. This can be explained by the lack of information, as we tend to want to believe that people help others for selfless reasons.

Through the psychological process of disambiguation, Carlson and Zaki were able to manipulate the participant’s judgements of the actors. This allowed them to examine whether or not perceptions of altruistic acts change when paired with different types of benefits, and if motive versus consequence conditions differentially affect this perception. Carlson and Zaki demonstrate a nuanced mechanism behind perceptions of “true altruism” that allow for an act to benefit both oneself and others, so long as one’s motive is other-oriented. More specifically, their findings suggest that when an observer is judging an actor that benefits themselves emotionally (as opposed to materially or socially) from a prosocial interaction, it differentially affects judgement of the actor’s motives. This suggests, according to the researchers, it is a better predictor of future generosity than extrinsic motivators.

In ambiguous situations, what factors influence baseline assumptions? Zaki and Carlson’s study of lay theories of altruism and selfishness effectively highlights some of the nuances of social behavior and judgements. However, the studies lack the interpersonal dynamic facilitated by in-person interactions. Social interactions are based upon emotional exchanges. As social beings, we rely upon our ability to interpret others’ emotional states to understand their intentions and our relationship to others. In future work, it would be interesting to utilize confederates to simulate situations closer to real-world circumstances. Overall, Carlson and Zaki’s findings are consistent with what we may expect from the effects of altruism, despite a seemingly contradictory paradigm where a “selfless” act benefits the actor’s sense of self.